Tie beams are used to reinforce a retaining wall (temporarily or permanently). This system is based on a tie bar or tie cable, sealed in the ground in a borehole, which is tensioned against the wall being retained.

Depending on the type of ground, the borehole can be drilled using wet, bentonite, or cased drilling techniques. This is what determines the proper anchorage of the tie beam.

The tie beam consists of a reinforcement (high-resistance elastic bar or cable) connected to the injection system (smooth pipe and sleeved pipe) or set up inside a protective pipe sealed into the ground. The reinforcement is then tensioned to create strain in the structure to be stabilised. This tensioning restricts wall movements.

Pre-stressed tie beams, which have been used for over 50 years, are based on a tensioned system used to anchor a structure to which it is fixed on unconsolidated or rocky ground. 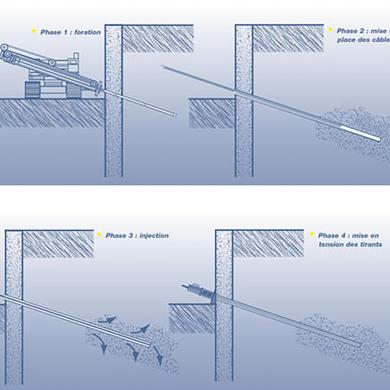 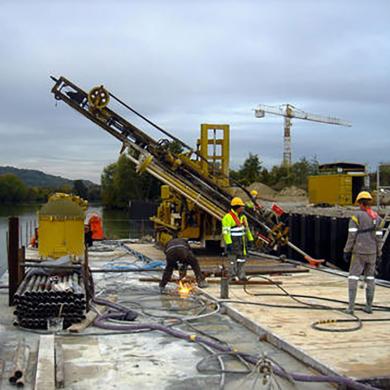 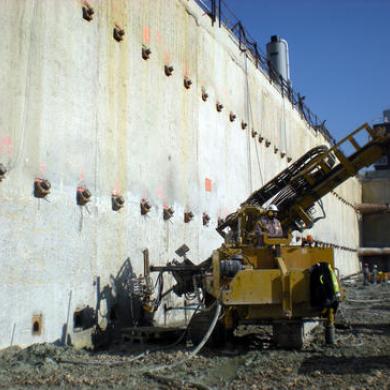 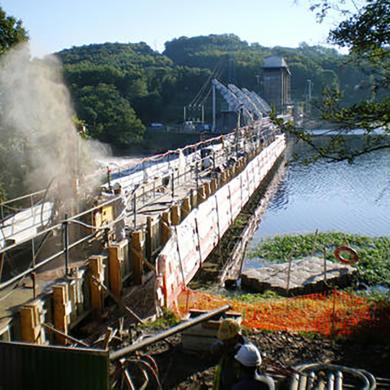 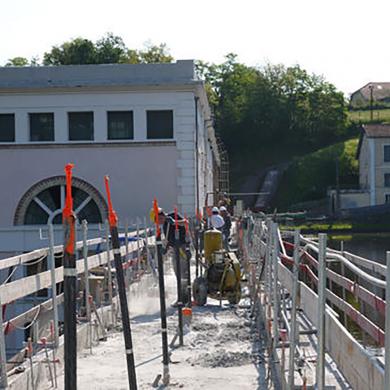 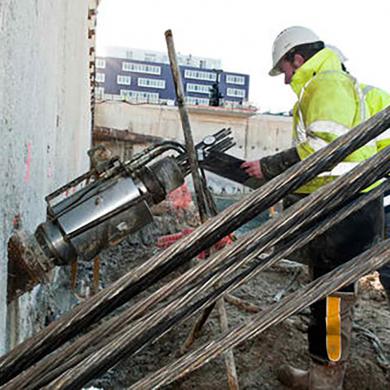 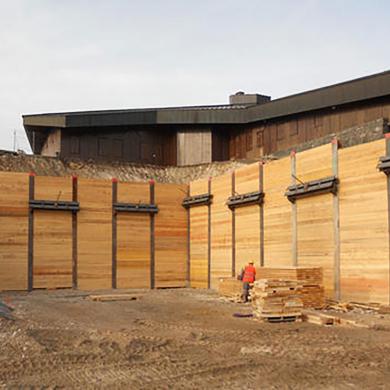